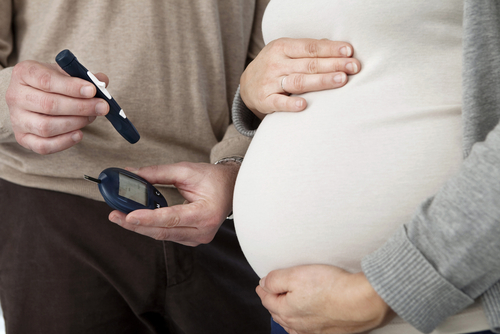 Gestational diabetes mellitus (GDM), a condition wherein women without previously diagnosed diabetes exhibit high glucose levels in the blood, is a common complication associated with pregnancy. As a consequence, GDM women after pregnancy exhibit an increased risk for type two diabetes mellitus, cardiovascular disease, and metabolic syndromes. According to the NIH, subclinical atherosclerosis is “a chronic, progressive, inflammatory disease with a long asymptomatic phase. Disease progression can lead eventually to the occurrence of acute cardiovascular events such as myocardial infarction, unstable angina pectoris and sudden cardiac death.”

In this study, the authors conducted a meta-analysis to determine whether there is a direct correlation between GDM and an increased risk for cardiovascular diseases associated with elevated carotid intima-media thickness (cIMT). cIMT is a noninvasive technique to detect subclinical atherosclerosis, a disease characterized by thickening of artery walls.

The authors analyzed fifteen published studies, retrieved from EMBASE and PubMed, compiling a total of 2,247 subjects, and investigated the relationship between gestational diabetes and cIMT. The cIMT was measured in both gestational diabetes and control groups. The authors found GDM was significantly associated with elevated cIMT. Notably, they found this association already exists at the time of pregnancy, and it remains significantly high years after pregnancy. In obese GDM women, the association between GDM and cIMT was even higher.

Thus, the authors suggest that weight control may be important to prevent cardiovascular diseases for GDM patients. That being said, the researchers also noted that further studies with a larger sample of subjects should be performed in the future to confirm these conclusions.