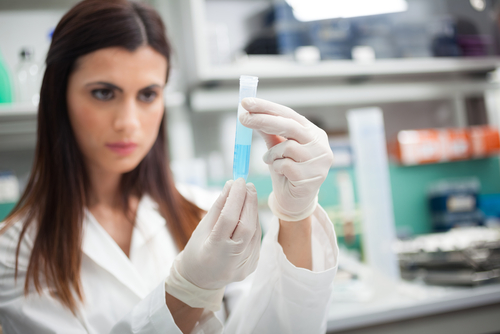 In a new study entitled “Therapeutic effects of adropin on glucose tolerance and substrate utilization in diet-induced obese mice with insulin resistance” a team of researchers studied the action of the hormone adropin, and found that it improves insulin action and glucose tolerance in a mouse model of obesity with induced insulin resistance. The study was published in the journal Molecular Metabolism.

Adropin was recently discovered as a peptide hormone that is regulated according to the nutritional state of the host, with low levels and higher induction in fasting and fed conditions, respectively. Adropin therefore acts as a regulator of the type of fuel used in skeletal muscles, which suggests a role for adropin in metabolic homeostasis. Accordingly, a previous study reported that by overexpressing adropin in a diet-induced obese mouse model, researchers were capable of improving glucose clearance and reducing fasting insulin in these mice.

In this study, a team of researchers at Saint Louis University, following a previous observation made by the group where insulin resistance arose in mice without adropin, aimed to investigate whether adropin treatment could improve the deregulation of both glucose and fatty acid metabolism, characteristics of diet-induced obese mice (in this case, glucose metabolism is reduced and a fatty acids become the first choice for muscle fuel).

To study their hypothesis, the authors treated diet-induced obesity mice with five injections (intraperitoneal) of adropin. The team then determined the glucose tolerance and whole body insulin sensitivity. Additionally, the authors measured which substrates were preferentially used by determining insulin signaling action and substrate oxidation in skeletal muscle.

The team observed that adropin treatment had a positive impact on the mice’s metabolic status — it improved glucose tolerance and boosted insulin action. The team also observed that adropin promoted the use of glucose as fuel for skeletal muscle instead of fat. The specific action of adropin in skeletal muscle suggested that this organ is a key mediator of adropin’s effects by increasing insulin sensitivity and using glucose preferentially as fuel. However, other insulin-targeted organs can also act as mediators.

The team notes that adropin-based therapies may be in the future a therapeutic strategy for the treatment of impaired glucose tolerance and insulin resistance conditions, such as type 2 diabetes.

Andrew Butler, Ph.D., professor of pharmacological and physiological science at Saint Louis University and the study’s lead author commented in a press release, “The hope is that adropin could someday be used in the clinic to help patients with type 2 diabetes control blood sugar levels and delay or prevent the development of the disease in at-risk individuals.”